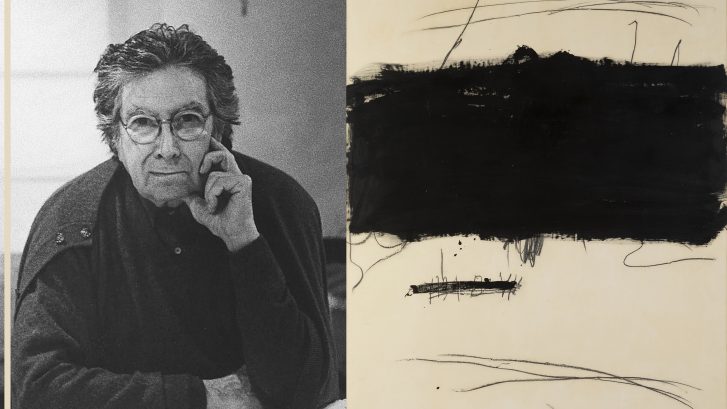 “Muralla negra” reveals the philosophical and spiritual charge that underlies the work of Antoni Tàpies.

Antoni Tapies is possibly one of the most studied and admired contemporary artists in our historiography, achieving unanimous recognition as one of the best known and most admired artists in the world. essential figure in the development and evolution of the artistic avant-garde in Spain. With one of the richest and most influential creative careers in twentieth-century art, Tàpies forged his work under the sign of a staunch political and social commitment, where he true art, as he himself stated, “must aspire to change the world”.

In a time of profound transformations, the field of art began in the twentieth century an evolutionary dynamic of styles that occurred chronologically with increasing speed and that led to the artistic avant-gardes, with an atomization of styles and currents that coexisted and opposed each other. , they influence and confront each other.

In this sense, Antoni Tàpies played a key role in the complete renovation of post-war art and the consequent proclamation of the rebirth of a Spanish avant-garde art that moved completely away from the stale academicism that prevailed at the time. After his time as a member of the iconic Dau al Set group, Tàpies’ work took new directions that led him towards an abstraction that he developed under the influence of the informalist movement. However, the uniqueness of his creative character soon made him overcome the postulates of French abstraction to give birth to a completely personal plastic universe, whose concerns are closely related to existentialist philosophy and his fascination for oriental culture and thought.

In the work “Muralla negra, although the philosophical framework rooted in existentialist anguish underlies, the artist’s plastic and spiritual evolution is already fully visible, where the weight of oriental philosophy will take on greater significance. In this case, we are faced with one of the most emblematic elements through which Tàpies configured a symbolic universe as rich as it is complex: that of the wall, wall or wall whose meaning, far from the possible negative connotations that today are attributed to it in the West, is related to his Heideggerian and oriental philosophical conception. Through an austere aesthetic where an increasingly interesting and effective economy of means can be appreciated, Tàpies produces a visual withdrawal of introspection that leads us to a mystical vision of the wall. The duality existing in it, whether between black and white or between the calligraphic strokes and the enormous stain that extends in the center, continually refers us to the duality of apparent reality, to that balance between opposites that defines the yin and yang to which Tàpies would resort so much to reflect his own vision of art and life, which for him, as for many of the great artists of history, develop in parallel and indivisibly one from the other. In this way, the wall will symbolize the need to go deeper into the essence of things. It will be in him where the truth of the work and of life will take place, revealing the will to open that door that brings us closer to the knowledge of the most intimate reality.

Works like the present one perfectly reflect Tàpies’ way of understanding art, where the artist becomes a kind of demiurge capable of influencing our thoughts and leading the viewer’s mind towards a vision of the world that goes far beyond the immediate and perceptible reality. 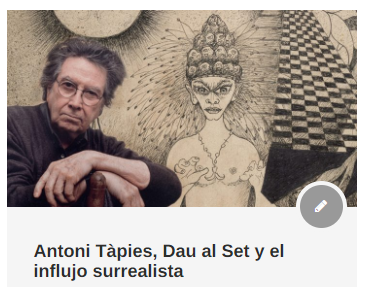