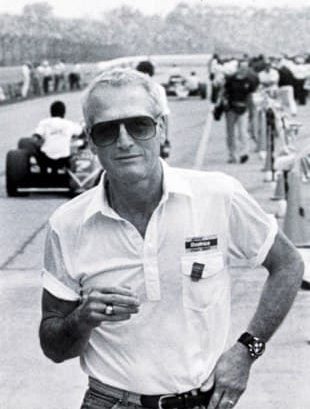 Why some Rolex watch models earned these peculiar nicknames.

Joanne Woodward gave her husband this Rolex chronograph model when he started out in motorsport. After appearing on the cover of an Italian magazine with the wristwatch, “Paul Newman” was born. The legendary actor is said to have worn Ref. 6239 in the 1969 auto racing film “Winning,” which his wife also starred in. The Art Deco font and square end indicators on the subdials differentiate the “Paul Newman” from other Daytonas. 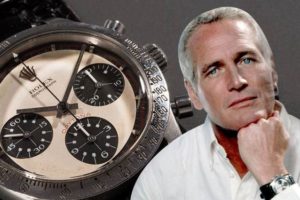 Manufactured between 1966 and 1969, the total production of the reference 6241 amounts to approximately 3,000 pieces, just under 400 in 14 kt gold. It is a well-founded assumption that only a fraction of these watches were equipped with the Paul Newman dial, either gold or black. The John Player Special reference 6241 was named after Team Lotus’ Formula 1 race car that enjoyed success in the 1970s in the distinctive black and gold livery of the tobacco company John Player Special.

It is an extremely rare model: fewer than 10 14k gold with Paul Newman black dial have appeared at auction in the last 20 years. These models were reserved exclusively for the North American market.

Following the GMT Master with Ref. 16750, Rolex introduced Ref. 16760 that would usher in a new era. Now called GMT Master II, this reference featured an entirely new caliber. 3085 movement, along with a new black and red bezel setup. However, what earned it its unofficial title was its case, which compared to other GMT Masters is noticeably thicker, giving it an added presence on the wrist and making it a modern rarity within the GMT Master line. .

In the minds of collectors, the most iconic variant of the GMT Master is, and always will be, the classic red and blue bezel configuration. From Ref. original 6542, to Ref. 126710BLROCerachrom more recent, the Rolex has maintained this GMT Master colourway throughout the years. Since this color scheme is also shared with the famous Pepsi “globe” logo, collectors affectionately refer to this G bezel variant. MT Master just like Pepsi.

Up for auction on February 10.

The variant of the bezel in black and red colors was named like that, it sports an Oyster bracelet.

The combination of the black and sepia bezel received this nickname, closing the trilogy of what is known as the Rolex “sodas”. 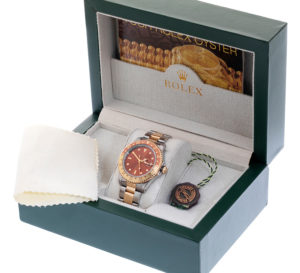 At auction at Setdart on February 10th. 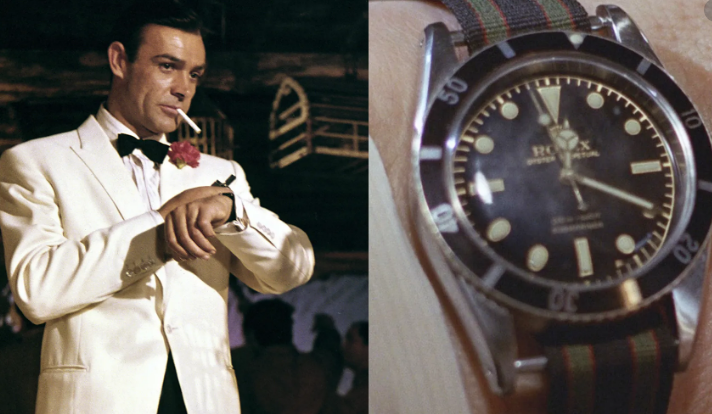 The Submariner 6538 is known as the James Bond model. It was the first waterproof watch to withstand 200 meters deep in water. It has a large crown signed brevet without guards and a peculiar hand, called Mercedes that symbolically shows the air, the water and the earth. Brand-loyal producer Albert R. Broccoli removed the watch from his wrist and loaned it to Sean Connery for the 1962 recording of Agent 007 vs. Dr. No. 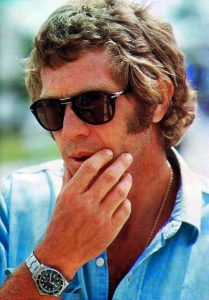 The Rolex Explorer II Ref. 1655 is popularly known as the “Steve McQueen”, although the actor apparently never wore this wristwatch. Instead, he used the Submariner Ref. 5512, especially in his right hand. Fans attribute the misnomer to an article printed in an Italian magazine in the mid-1970s. First released in 1971, the watch’s distinctive 24-hour orange hand earned it its Italian nickname, “Freccione” or “Big Arrow.”

A quick look already explains the nickname of the Rolex with Ref. 5513: “Bart Simpson” Submariner. The logo on the watch’s crown and the cartoon character’s head are similar due to the flat, shortened appearance of the crown. Rolex produced its last series of shiny gold dials with this Bart Simpson crown around 1966, for Ref. 5512 and Ref. 5513, before switching to matte dials.

Popularly known as the ‘James Cameron Deepsea Sea-Dweller’, this Rolex commemorates the Oscar-winning writer and director’s successful 2012 expedition to the Mariana Trench, in which he became the first solo explorer to reach the point deepest on Earth, 35,787 feet below the surface of the Pacific Ocean. In 2014, Rolex presented Cameron with the first watch of this reference in New York, at the premiere of the expedition documentary, Deep Sea Challenge 3D. The wristwatch features a gradient blue to black dial with “DEEPSEA” inscribed in green, the same color as the explorer’s submersible. 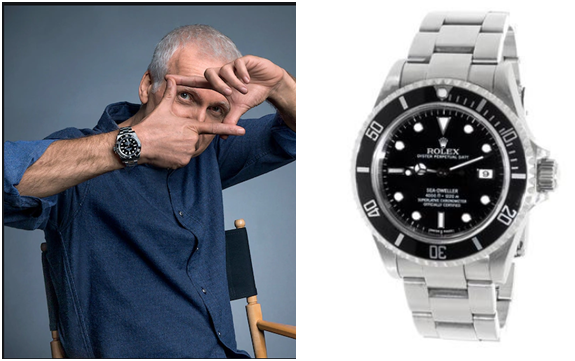 Up for auction on February 10.

The tendency to nickname the Rolex means that sometimes the slightest coincidence can inspire a new nickname. The black and blue colors of the GMT-Master II ceramic bezel are often associated with the superhero character Batman. Introduced in 2014, this model has also been named “Bruiser” and “Phantom”, and features three lines of text identifying the style.

The film starring Clint Eastwood featured the appearance of this GMT- Master Ref. 1675 and that’s how he gave it his nickname.

Rolex “Kermit” Despite celebrating an important anniversary, this Submariner is known by the joyous nickname “Kermit” (better known in our country as Kermit the frog). The vivid green bezel was intended to signify the brand, but prompted comparisons to the personable character of JimHenson’s Muppets. Starting its manufacture in 2004, the anniversary watch is currently no longer in production. “LV” stands for “Lunette Verte” and the “maxi” style dial features slightly larger hour markers and a thicker minute hand.

President’s Watch The Day-Date model is recognized under this moniker, a piece that was born in 1956 and has been used by different leaders in history such as JFK, Lyndon B. Johnson or Eisenhower. In the same way, the type of bracelet that did inherit this name officially emerged.

Rolex hulk The Rolex 116610LV Submariner is known by this name, which began to be produced in 2010 and has survived to this day. Its nickname is obviously due to the green color of the dial and the bezel. It is not a limited production but it is very difficult to find this model for sale in stores. It is listed by uHrenExclusiv with its top three ratings: Top Pick, Bam and Thumbus up In other words, a perfect investment watch, a highly sought-after and complicated model to buy, making it a highly valued watch.

Great white Alluding to the great white shark, this Sea-Dweller Ref. 1665 MK1 is recognized for its robustness and elegance.

Unicorn The Daytona Ref. 6265/9 made in white gold, a true watchmaking legend.

BaoDai It receives this name in honor of the last Emperor of Vietnam, unique piece with a complete calendar and moon phase. The third most expensive watch in Rolex history.

Rolex and Hermés: the most iconic luxury brands up in auction.