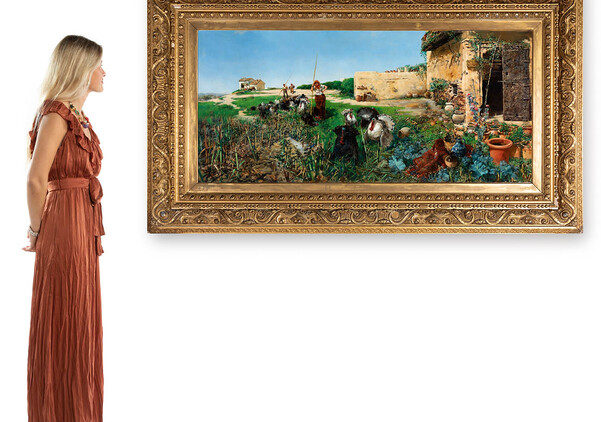 In the post-symmetry of the 19th century, the plastic arts and the agrarian tradition of our country were forever twinned thanks to painters who, like Salvador Clemente, captured the essence of the bond that united man with the cultivated land, through Despite the evolution of times and technology, we remain closely linked. The three pieces that we will be auctioned in Setdart next December 1st are an exhibition of 19th-century Sevillian customs that found in Salvador Clemente’s prodigious brush one of its greatest and most recognized exponents.

It was the year 1899 when Salvador Clemente, recently arrived from Paris, decided to settle in Seville, a city that at that time was experiencing a frenzied artistic effervescence. The popularly called “house of artists”, where Clemente and many others established their studio, brought together the most significant creators of the moment, an artistic and bohemian group that was defined by the poet Juan Ramón Jiménez as “the Limbo of Painters “.