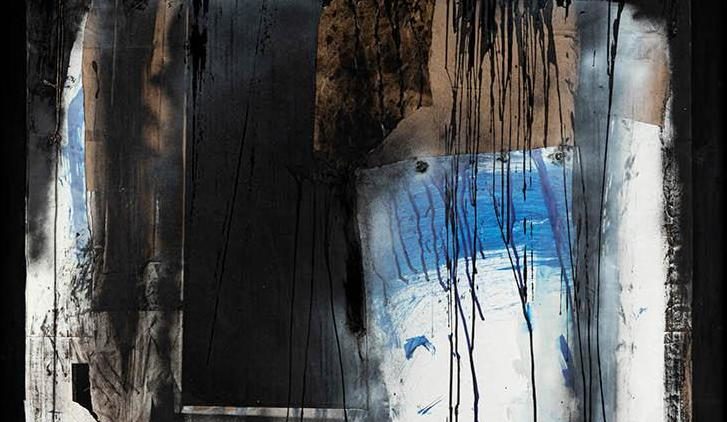 The multifaceted character of Antoni Clavé’s work reveals the essence of a universal creator who, in his artistic career, conquered fields as diverse as painting, sculpture, engraving, illustration or set design. The renewal and creative freedom that championed him shines through a path in continuous evolution that consecrates him as one of the great art figures of the second half of the 20th century. Among the diversity of stages through which his work passes, the one that concerns us here comes to demonstrate the unmistakable abstract stamp with which Clavé achieved international recognition.

His artistic activity prior to the Civil War ranged between wall paintings, ornamental decoration and advertising design. As a result of then, and especially in the stage as a poster artist, he began a process of experimentation with the new avant-garde techniques and the introduction of new materials. After living the first years of the conflict at the war front, in 1939 he was forced to leave Spain and settle in France. Paris, which at that time was a hotbed of Republican exiles, will play an essential role in the career of the Catalan artist, who, eager for artistic experiences and immersed in a process of continuous exploration, would soon become, along with Ismael de la Serna, Oscar Domínguez or Francisco Bores, among others, in one of the main characters of the second generation of artists who, under the protective wing of Picasso, made up the School of Paris. How could it be otherwise, the friendship they maintained from 1944 until the death of the man from Malaga played a decisive role in the path to abstraction that Calvé’s work experienced from then on.