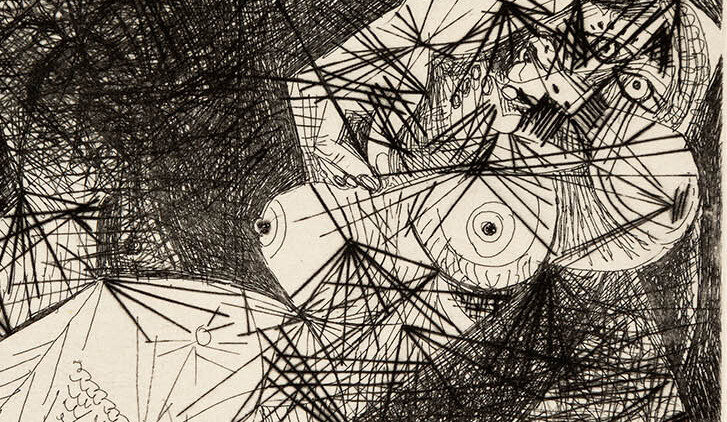 The vital importance that Picasso gave to his graphic production is materialized in two of his pieces that will be auctioned Through his extensive production as an engraver, Picasso once again gave a masterful lesson both in his technical mastery and in his creative and expressive capacity, which also enshrined him as one of the great masters of chalcographic techniques. Likewise, the two engravings that we present are also an opportunity for those lovers of art and in particular the genius of Malaga, to acquire one of his works without having to invest the high amounts to which we are generally accustomed.

From a very young age, the Malaga’s artist felt a great passion for the art of engraving experimenting throughout his long career, and especially more intensely from the 30s, with his multiple procedures. This decade in which he began in the aquatint technique would mark a turning point in his work as an engraver. Despite its difficulty, the ability to create gradients and tonalities fascinated Picasso who despite continuing to use other methodsdid not cease in its efforts to improve and refine this technique until acquire the highest levels of expressiveness and richness that have led him to consecrate himself, together with Goya, as the best aquatint engraver in history in Spain.