Jaime Tresserra’s designs are proof of the triumph of talent over any passing fad . In a specialty such as design born with a universal and austere vocation, geographical and cultural factors ended up being determining factors in its evolution and identification. The first steps of this discipline within the national scope began by supplying the scarcity of means, with large doses of inventiveness, craftsmanship and ingenuity, giving way to a time of splendor of which Jaume Tresserra is undoubtedly one of its great exponents. Faithful to an aesthetic commitment in which beauty prevails over profitability and industrial production, Tresserra brings its designs to life with the same delicacy with which a jeweler sets his precious stones, acquiring the status of true pieces in his hands. of art.

The exclusivity, innovation and perfectionism that the Barcelona designer confers on each of his creations shines through in the collection that we present at auction on February 24 where you can buy some of its most iconic pieces such as the “Barcelona” armchairs (35111302), the “corner” game table (35111295) or the “Carlton House” desk (35111309). The multiple awards and cultural recognitions that he has accumulated throughout his career, consolidate Jaume Tresserra as one of the pioneering figures in national design who has achieved the greatest projection, even reaching the most demanding public of the Upper East Side of Nova York, Qatar or Japan

Starting in the 80s and after completing his law degree, Jaime Tresserra made his first forays into the field of design in Barcelona, a city that at that time was beginning to emerge as a benchmark for design and interior design. In 1987, and encouraged by his clients, he created his own company J.Tresserra Design, whose first furniture collection, presented at the Valencia International Fair, earned him the award for Best Modern Furniture Design. This recognition meant the turning point that would change everything. The piece of furniture that won the award and definitely boosted his career was this extraordinary piece inspired by the old English “secretaries”: the desk Secret Carpet

Since then, its furniture will extol the beauty of forms that, sublimated by a perfect balance between the artisan conception made with noble materials, and the precise execution of its impeccable finishes, will overflow a special sensitivity rooted in its Mediterranean and cosmopolitan origins. In this sense and under the conviction that “ only noble materials age gracefully ”, wood becomes the material par excellence with which Tresserra will design all its creations. Among all its typologies, walnut will be, due to its color and grain, its favorite wood, representing 70% of the sales ofJ. Tresserra Design .

Likewise, the mixture of artistic influences filtered under the rationalist sieve, culminate the creative imaginary of the unclassifiable style with which Tresserra immerses us in a sophisticated and timeless universe, where the furniture transcends its merely functional condition, to become a spiritual element capable of evoking emotions. As he defines himself, in his style “there is a bit of deco, a bit of oriental, a lot of graphics and some jewelry”

In this regard, his origins within a family of actors and dressmakers definitely contributed to the development of a sense of aesthetics influenced by the costumes and settings of the Hollywood classics of the 30s, 40s and 50s. In fact the deep link with the film world will crystallize in various collaborations where your furniture, as occurs in “ Batman “ (Tim Burton, 1989), “Kiss me before I die “ (James Dearden, 1992), “Wound” (Louis Malle, 1993) or ” The Skin I Live In” (Pedro Almodóvar, 2011), “The Fraud” (starring Richard Gere, 2012) They will be part of the props to set the atmosphere and transport the viewer to specific places and sensations. Similarly, such recognizable designs as his spectacular Barcelona armchair are part of luxurious interior designs such as the one he created in 1992 for the suites of the Hotel Arts in Barcelona and which gave him immense international recognition. 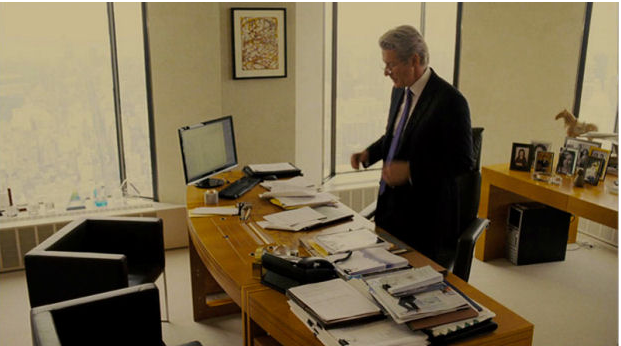 Tresserra’s furniture is the protagonist of the set for the film “El Fraude” starring Richard Gere.

After three decades dedicated to a constant search for innovation and exclusivity, his furniture, present in multiple museums, is today a design classic that will endure over time and its ephemeral fashions, conquering celebrities such as Brad Pitt, Tina Turner or the Emir of Qatar.